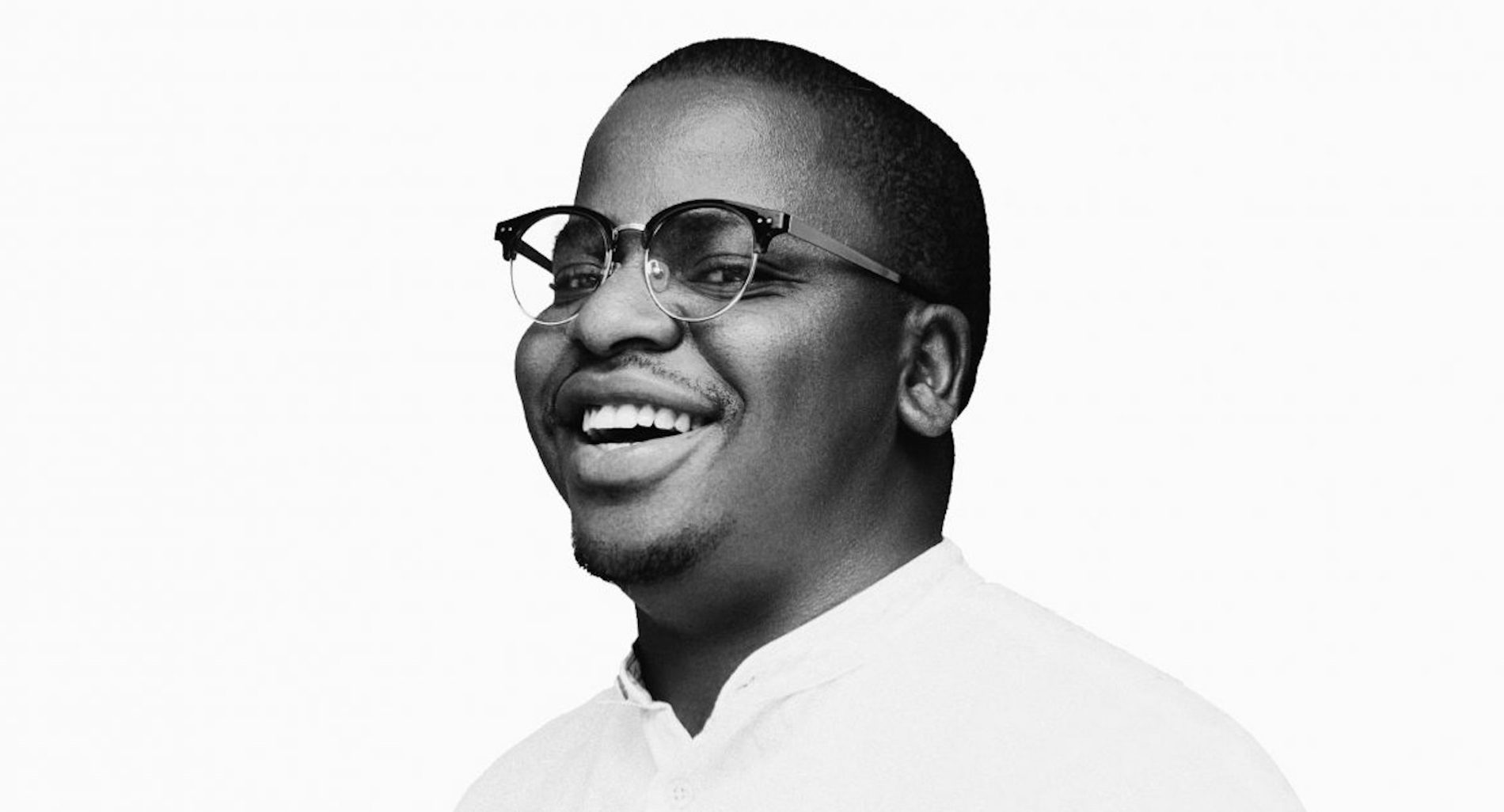 The Future of Design is African

Can Africa design? Guidione Machava’s critical view of his journey from suburban Mozambique, through South Africa, to the French offices of Shopify, is the cornerstone to starting a long and overdue conversation about diversity and inclusivity. And perhaps, the most upfront lesson we’ll find has to do with Europe’s complacency with racism.

Let’s talk about your background, design journey, and places you’ve been to; Mozambique, South Africa, the USA, and Europe. What differences and/or similarities did you notice?

Coming from a developing country allows you to time travel; I remember when I traveled for the first time to South Africa. I was already an adult and it was just a one-hour flight from Mozambique, but it basically feels like you’re running 20 or 30 years in time in many ways… and it felt like a bigger difference when traveling to the United States.

What I understand is that the problems faced by people in the USA, South Africa, or even in Europe are other than the ones I knew from my part of Africa. Their context and the way people live are completely different scenarios. I could say that in Mozambique, we still have basic needs problem from the Maslow Pyramid perspective.

It is possible to see the impact these differences create when looking at cultural or economical practices. If you take a sophisticated solution like Shopify, for example, and place it in a developing country, people will say “that is really cool, but we don’t need it”, because people there can’t afford to be online to begin with (it’s too expensive).

What is it like to be a designer in Africa? Can you tell us about the design ecosystem there?

Being a professional designer in Africa doesn’t have the same value as in other places. Many people there still think that I’m a graphic designer, because there isn’t a deep understanding of the industry. Many companies and people don’t understand why this happens, but I do, and I think it is because designers are valued based on the maturity of their country itself. What I mean is that, if the country isn’t ready for technology, it doesn’t matter how good you are at your craft, you’re not going to be valued… And that feels a bit lonely.

I think people in Africa started to pay more attention to what I was doing when they saw me moving up the ladder. Maybe the difference between me and my peers back then is that I could see what things would look like in the future, so I worked for that. And perhaps people at that time didn’t understand it, but they look at me with different eyes now.

I moved quite a bit, from Mozambique to South Africa and this is when they started looking more closely into my work. Now that I am based in France I can tell how people in Africa see me and think “okay, maybe this is a thing”.

But every country in Africa is a different story. Nigeria for example, I simply don’t understand that country (laughs). It’s a land that has faced so many challenges, but at the same time, its economy is growing. The people are full of energy, they are some of the most resilient on the planet. Despite all the problems they had in the past, Nigerian talent is making their ecosystem grow. In some ways, I feel that South Africa is a lot like Nigeria and could be on the way to becoming a tech bubble, just as Nigeria is positioned right now as a tech center.

You’ve also founded the World Class Designer School. Where did the idea come from?

I used to listen to Tim Ferriss’ podcast, where.he’d interview world-class performers.. I I remember listening to one episode with tennis player Maria Sharapova;  She said she wanted to be one of the best in her field, and she described what she had to do to become one of the best tennis players that ever existed.

At the end of that episode, I started thinking of what is required to become a first-class designer myself. If it was about training consistently or being disciplined,, I thought, “I can do this”. For me, coming from a developing country, everyone thinks we’re not that smart, and I wanted to help change that perception. So I put myself on that journey. I made a list of all that I had to study, and amongst those things, I decided to interview people that were in the position I wanted to be in. I didn’t know anyone back then, so I applied the 3% rule: I would send 10 emails if I wanted to talk to 3 people, and trust me, it worked.

By interviewing all those people, I came to realize that I should share what I was learning because it had so much value. First I wrote down the interviews, but later I moved into a podcast. As time passed, I began to receive feedback, and it was good. People liked my podcast and articles and said they were learning from them, but they also started asking me about where to study to become a designer like I was. Schools were too expensive, and there wasn’t proper guidance out there. So I asked myself: “What if I created a school and put together a curriculum?”

What kind of struggles do you face with the School?

The biggest challenge so far has to do with the direction of what our students will do next. When we teach people, they finish their studies and say “I’m ready to get a job,  get me one”. But it doesn’t work like that.

Since I joined Shopify, people constantly ask me about what I did to get there. I come from a community under the poverty line. My family lives on 2 USD a day. Moving from there is an unbelievable leap, and most people can’t even fathom the idea of ever leaving that place. Most of our students have a similar background to mine and I understand them very well. I get their struggle but still haven’t sorted out how to make that bridge.

What can you tell us about your experience now that you’ve relocated to Europe?

I think it came with a price. Being black in Europe is hard, way harder than I thought it would be. Every time I walk on the street, people think I’m gonna rob them… That behavior is kind of strange. The way they treat me it’s a bit different too. I can see and feel a lot of racism. And that broke me in the beginning. But then I thought of this school that I am creating, and figured that I have to prepare people for this because I don’t want anyone to come unprepared for this type of situation anymore. I want to prepare our students to be in this type of environment.

Imagine growing up in an environment where everyone is black, there are a few white people, and that is normal for us. But when things are reversed, there’s a huge leap and we aren’t treated like it’s normal to be there… I wish someone had prepared me for this.

Shopify is a company that is doing a really good job at putting diversity first, but in my team of about 30 people, I’m still one of only two black people. And it’s not that they necessarily lack effort, it’s just that the tech world is still quite white and we’re lacking representation.

When you mention that Shopify is trying to diversify the company, I’m assuming that you have been in touch with other big companies as well. Do you think that those efforts represent true diversity and there’s actual openness to non-white people across the hierarchy, or do you think that the diversity is just at the bottom of the scale, and the managerial positions are still only occupied by white males?

I may be biased, but I think that Shopify is one of the best companies trying to put diversity in place. However, for me, this is a “chicken or the egg” kind of situation. There are a lot of companies trying to diversify, but we seem to be missing qualified staff for those roles, and we cannot just hire people for being black, we need competent people. Black competent people. This means that we need to make sure we are competent. And it will be hard starting from zero, without any references. But if we want to complain and change things, we have to do our part.

It’s a very complicated situation. I wouldn’t blame the big companies in that regard. It’s a problem that everyone has to be accountable for, and do their part.

I’ve come to realize that reality is more about perception than reality itself. As soon as I learned this, I became concerned, because the image we’ve created of ourselves as a continent doesn’t help us. We might have the brightest people in the world, but we don’t have a good brand. We really need to work on this, but unfortunately, it’s not a one-man task; we need a lot of people on this mission, working on providing a better image of the continent.

I have a few European and American friends now. And from time to time when I hear them talking, they say things like “I’ve traveled the world, I’ve been to Australia, Europe, South America”, and I’m wondering if they notice that they’re missing an entire continent. This can easily feel like we don’t exist, like no one wants to go to Africa. Or if they do, there’s this impression that they want to try something entirely different, dangerous, or exotic, and I don’t think those are good reasons to go to visit a place.

I don’t think the continent does a good job promoting itself as a destination. I’ve been living for a short time in Europe, and I do understand people here. Why would you put yourself in danger voluntarily? -that’s the brand we Africans have right now, and that is what  we have to work on. More than creating world-class talent, we have to get better at promoting ourselves, because, at the end of the day, it’s about storytelling and the ability to tell a story about ourselves that sells. I’ve learned that from other countries, and I’ve written an article about it with the title “Can Africa design?”. Through research, I compare how other countries go about this. China, for example, is trying to change the perception of them only making low-quality products, Italy is positioning itself with supercars, and France as the place that makes luxury products. If you’re smart enough, you’ll ask yourself, “what did they do to become a reference in those fields?” What I’ve learned from this is intentionality. These countries wanted to brand themselves in a certain way and they did it. It is that simple, but we Africans need to want it more.

Guidione’s impressive body of work as a designer can be found in many corners of the internet, but perhaps his side projects are the most inspiring and jaw-dropping of it all. Here’s a list of our favorites: