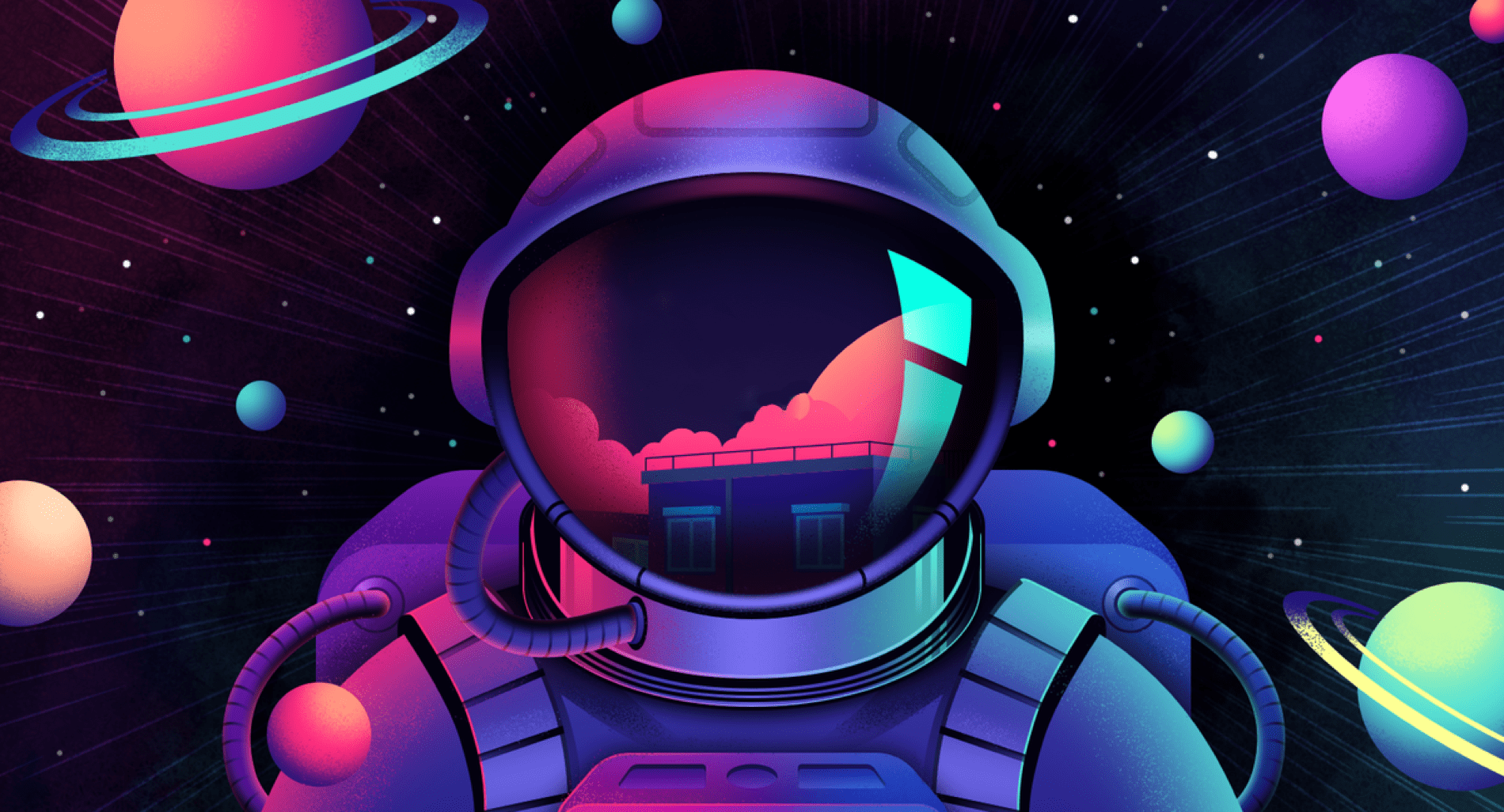 As common and obvious as they may seem, many of the technologies initially developed for Space are now used in many popular commercial products. We gathered here the most interesting ones.

After billionaire Jeff Bezos blasted to space with a small crew aboard his rocket ship New Shepard, the Internet started talking about Space again — specifically, about the importance of innovation, which, in this case, has allowed four people to remain in Space for ten minutes and come back safely to Earth.

Thanks to Aerospace programs, we have been able to extend our knowledge of the Universe as well as design tools and technologies that have proven themselves to be useful in our daily lives.

Every year, NASA publishes a list, called NASA Spinoff, that lists all the technologies that were originally developed for Space but that now benefit life on Earth in the form of commercial products. Since 1976, the website has profiled more than 2.000 spinoffs.

We gathered here some of our favourite technologies and tools invented by NASA that have entered our daily lives.

Using material originally incorporated into missile-tracking devices, two companies working with NASA invented translucent ceramic braces, made of translucent polycrystalline alumina (TPA). Working together, the two companies released in 1987 the shatter-resistant, non-discoloring, visually appealing and durable braces that have had one the most successful introduction of all orthodontic products.

Have you ever heard of contact lenses that you wear while sleeping? Research in microgravity helped create a new kind of lens that reshapes the cornea while you sleep, providing better vision, without lenses, all day. These lensens are also oxygen-permeable, less susceptible to bacteria than traditional contacts, and resistant to deposits.

Back in the 90s, scientists at a NASA Research Partnership Center were looking for a way to scrub the air of ethylene, which hastens the decay of fruits and flowers and tends to gather around plants in the absence of convection on the space station. This led to the development of photocatalytic oxidation, whereby titanium dioxide exposed to ultraviolet light reacts with ethylene — or, it turned out, any airborne organic compounds — to oxidize them into harmless byproducts. After this discovery, several lines of air purifiers have been made — including some that send charged particles out into the air and onto surrounding surfaces where they neutralize volatile organic compounds, bacteria, viruses and molds. These have been found to almost completely wipe out germs and molds in a matter of hours.

An open-cell, polurethane-silicon plastic was first developed by NASA in1966 as a pad for astronaut seats that would mold to their bodies during the high forces of takeoffs and landings. The material evenly distributes weight and pressure for shock absorbency, and returns to its original shape ‘rest’ state when not in use — hence the term “memory” foam. This invention eliminated the need to customize seats to individual astronauts’ body sizes. NASA released memory foam into the public domain in the early 1980s. Today, memory foam consists primarily of polyurethane, with some other additives to increase its viscosity and density — depending on the application — and it can be found in products ranging from mattresses to helmet liners, and many other products.

In attempt to improve food quality for astronauts on extended space missions, NASA conducted extensive research and paired with several food companies to explore different solutions. One result was the freeze-drying process, which allows food to be stored for long periods without refrigeration while retaining 98% of its nutritional value and only 20% of its original weight. In the freeze-drying process, cooked food is rapidly frozen to -40 F°, turning the water to ice crystals. These are then evaporated in a vacuum, removing the moisture. Vacuum packed, they can last almost indefinitely.

Jacques-Arsène d’Arsonval is widely credited as the inventor of the freeze-drying process, in 1906, which was further developed by Nestle in 1938. So, even though freeze drying was not directly invented by NASA, it was greatly improved on by the agency to provide highly portable nutritious meals for astronauts on long-duration missions. The same technology is used by backpackers, soldiers, and disaster relief programs.

In the 60’s, NASA conducted a research program to develop a small, lightweight water purifier for the Apollo spacecraft that would require minimal power and would not need monitoring by astronauts in orbit. Thepurifier, developed in the 70’s, slightly larger than a cigarette pack and completely chlorine-free, dispensed silver ions into the spacecraft’s water supply to successfully kill off bacteria, leaving the water tasteless.

Today, this filtering technology has now been commercialisd to great success. Also, water bottles fitted with NASA-developed filters can purify water on the go and are very popular in countries where it’s difficult to have access to clean water. The bottle’s base can be filled with water from any source — such as lakes and streams — which then squeeses through the passive filtration medium.

Using the expertise he gained as a NASA intern, an engineer joined a startup company making one of the world’s most advanced coffee makers. The device brews coffee beans with unprecedented precision in pressure and temperature control. The ex NASA intern applied a class of control systems called proportional-integral-derivative (PID) controllers, which continually monitor and correct the output of a controlled system through feedback loops. These controllers can help rovers maintain a constant speed even as they move over rough and varying terrain, but they can also be used to control temperatures — finding the perfect application in precision coffee makers.

A company working with NASA was studying the possible use of single-celled algae for food supply, oxygen generation, and waste disposal. The company hit on a species of algae that produces high levels of the omega-3 fatty acid Docosahexaenoic Acid (DHA) and a fungus that produces the similar Arachidonic Acid (ARA), which are found naturally in the body.

This additive was commercially produced by former NASA scientists who worked on the original project in the 80’s. They later received a U.S. patent for Formulaid in 1994, which is found in most enriched baby foods in the U.S., and as an additive to infant formulas in more than 65 countries around the world. These additives, which are also present in a wide variety of foods for adults, pets, and livestock, are believed to help with babies’ mental and visual development.

Skiers face extremely bright sunlight, especially when it’s reflected off the white snow. That can make it hard to see, not only because of the glare, but also because the blue in sunlight makes it harder to discern colors at the edge of the visible light spectrum, such as reds. In the 80’s, two Jet Propulsion Laboratory scientists developed a welding curtain that was capable of absorbing, filtering and scattering the intense light emitted during welding — since it can be harmful to unprotected eyes. The same technology was later used by NASA to design filters that blocks up to 95% of blue light. Today glasses with blue-light cancellation lenses are widely used by skiers and even those who spend many hours in front of a computer screen.

If we can store and access data over the Internet we must thank NASA. In fact, an early and important breakthrough in cloud-based computing, known as Open Stack, originated there. Software developers partnered with industry to portion out storage and computing power on an as-needed basis. Today, it is the most used open-source Cloud computing platform, which is used to manage data at many of the world’s biggest commercial brands and research organizations.

Prior to their development, lenses were primarily made of ground and polished glass. In the 70’s manufacturers started using plastic — instead of glass — to make shatter-resistant sunglasses and prescription lenses. Although the plastic lenses were shatter-resistant, they were also prone to scratching. The solution was found thanks to NASA’s invention: a series of scratch-resistant surfaces for use on astronaut helmets and other plastic aerospace equipment. In the 80’s, after being awarded a license from NASA to further develop and produce scratch-resistant plastics, Foster-Grant brought the technology to the market. Today, most sunglasses, prescription lenses, and safety lenses are made from scratch-resistant plastics, which are ten times more scratch-resistant than before.

When the Liberty Bell 7 capsule splashed down in 1961, the hatch prematurely blew out and the cabin flooded — causing all radio transmission to be lost and preventing astronaut Gus Grissom from contacting his recovery team. In response to this accident, NASA started to look for a lightweight and wireless communication system that would allow astronauts to communicate with teams on Earth. Working with an existing company’s headset made for pilots, NASA helped develop the technology that was utilised over the course of the Gemini,Mercury, Apollo and Skylab missions. Today, mobile headsets are widely spread, providing efficiency and flexibility for everyone — from professionals conducting business to consumers playing video games.

Because normal thermometers can’t measure the temperature of stars, NASA tried out infrared technology to assess the temperature of distant planets and stars. Exploiting this idea, a company invented a device that measures the thermal radiation emitted by a patient’s eardrum in pretty much the same way the temperature of celestial objects is measured. The device consists of a lens, which focuses light from the object being measured onto a detector, called a thermophile, which absorbs the infrared radiation and converts it into an electrical signal. The benefit of this type of thermometer is that it avoids contact with mucous membranes, reducing the risk of picking up pathogens and therefore causing infection. Plus, it can be reused without needing to be sterilized first.

Out of a need to power space missions, NASA invented and improved over time photovoltaic cells — sharing the advancements with other companies to accelerate the technology. If your home is outfitted with crystal silicon solar power cells, it’s thanks to NASA. The high-performance, low-cost power cells were developed by the Environmental Research Aircraft and Sensor Technology Alliance along with SunPower Corporation, allowing remotely piloted aircrafts to be powered without any added weight.

In the ‘90s, NASA’s Jet Propulsion Laboratory invented a light, miniature imaging system that needed very little energy to take high quality photos from space. This camera was also small enough to fit on a spacecraft without sacrificing the quality. This technology is now standard in today’s phone and computer cameras, being present in a third of all cameras, according to the Jet Propulsion Laboratory.

NASA has spent decades learning how best to grow plants outside Earth. A crucial component of long-duration missions to the moon, Mars and other destinations will be growing fresh produce aboard spacecraft and surface habitats. Recently, astronauts successfully grew and consumed a crop of romaine lettuce aboard the space station thanks to a commercial company that designed a portable garden capable of growing salad crops during long stays in space. Because of this success, future missions will attempt to cultivate flowering plants like tomatoes and peppers. However countertop gardens are already available for consumers to use on Earth for growing herbs, lettuce, tomatoes, flowers, and more with water, plant food, and LED lighting.