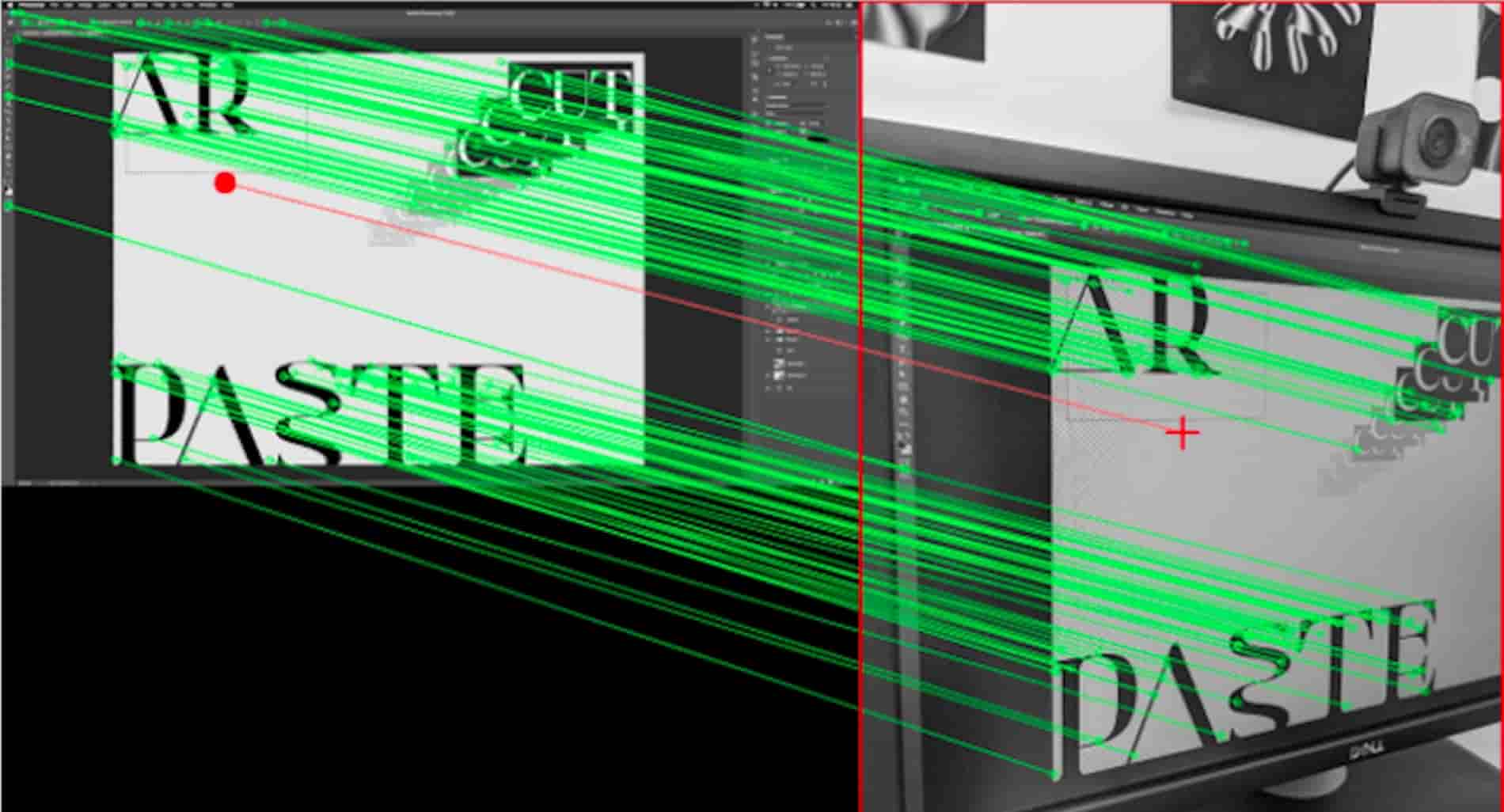 Copy and Paste Real Objects with This New AR App

Cryil is the co-founder of Lab212, an interdisciplinary art collective, and used to be head of interaction design company Ecal M&ID. He has spoken at a handful of events, including INSTINT, a conference based on art, technology and interaction, and The Business of Fashion Voices, an online magazine that organises events globally. Now he’s onto his next project — an innovative AR app that has the potential to revolutionise the way we use technology.

What is AR Copy Paste?

If you haven’t already come across AR Copy Paste, it’s the research prototype of an app that acts as a tool for augmented reality. It allows users to point-click-drag-and-drop an image of an object in seconds. It effectively turns AR on its head, bringing physical images into the digital world, rather than projecting the digital world into reality. The software automatically detects an object through the camera’s lens and crops it along the edges in a precise way, copying objects from the real world. It then picks up on a computer screen, pasting the detected objects into the virtual world — or more specifically, image editing software. Currently, it is set up for use with Photoshop.

The creator, Cyril Diagne, has published a demo, using a smartphone to take photos of various household objects and paste them straight into a digital file. You can also copy and paste a text.

It’s that easy! This may be one of the most valuable ways to use augmented reality. In fact, it saves time — according to Diagne, on his Twitter feed, the process only takes seconds (“latency is about ~2.5s for cut and ~4s for paste.”)

Replying to his Twitter feed, other developers have shared their similar tools, including Matthieu Rouif at Photoroom App. Could this mean competition or a dreamy opportunity for a new collaboration? AR Copy Paste may only be in the research phase, but we are already starting to see how this shift towards AR’s use as a consumer tool could benefit many designers and creatives.

The technical question: how does it work?

Going to the website directly, you can sign up to be on the waiting list for the launch and let the minds behind the app do all the work. Alternatively, if you are curious, tech-savvy and creative, and can’t wait to try it out, Cyril has shared the coding information.

What possibilities can it open in the future?

This is opening the door to what may potentially be a new era for images, photography, and transferring information — it basically allows you to collage images in the old school way, but entirely in a virtual space without any of the usual hassle.

We all know what a pain finding an image can be — you can search for the perfect image online or airdrop from your phone, have it pop up on your laptop to suddenly be greeted with the spinning rainbow wheel of pain as soon as you try to import it to the file you’re working on. Taking a photo and emailing it to yourself doesn’t appear immediately, and the critic in you knows that your image quality has already decreased. This new app scraps all the disadvantages of time-wasting and work involved in making sure your image has been perfectly scaled and traced. This has never happened before.

Following Cyril’s Twitter, updates are continuously popping up on this subject. Early last week, he announced that he and freelance web developer Jonathan Blancehet are currently working on this to turn this prototype into an app. Regarding specific improvements they will be looking into, he stated, “The text detection is performed on device with Firebase. Super fast, good accuracy and cross platform, “meaning this will not solely be useful for image copying — imagine being able to copy an entire article, book section, or leaflet seamlessly and with very few clicks…

Cyril focuses on merging his skills in digital technology with unusual techniques to create an unexpected, interactive experience that audiences will be touched by. He aims to empower users, portray technology in a different light, and subsequently expand accessibility for the majority. With a history in programming, web technology, CS & cad softwares, electronics, and playing with machines, such as 3D printers, seeing Cyril’s new path in AR emerging is exciting for many. His unique take on making computing technologies more humanistic may lead to a technological era of inclusivity.