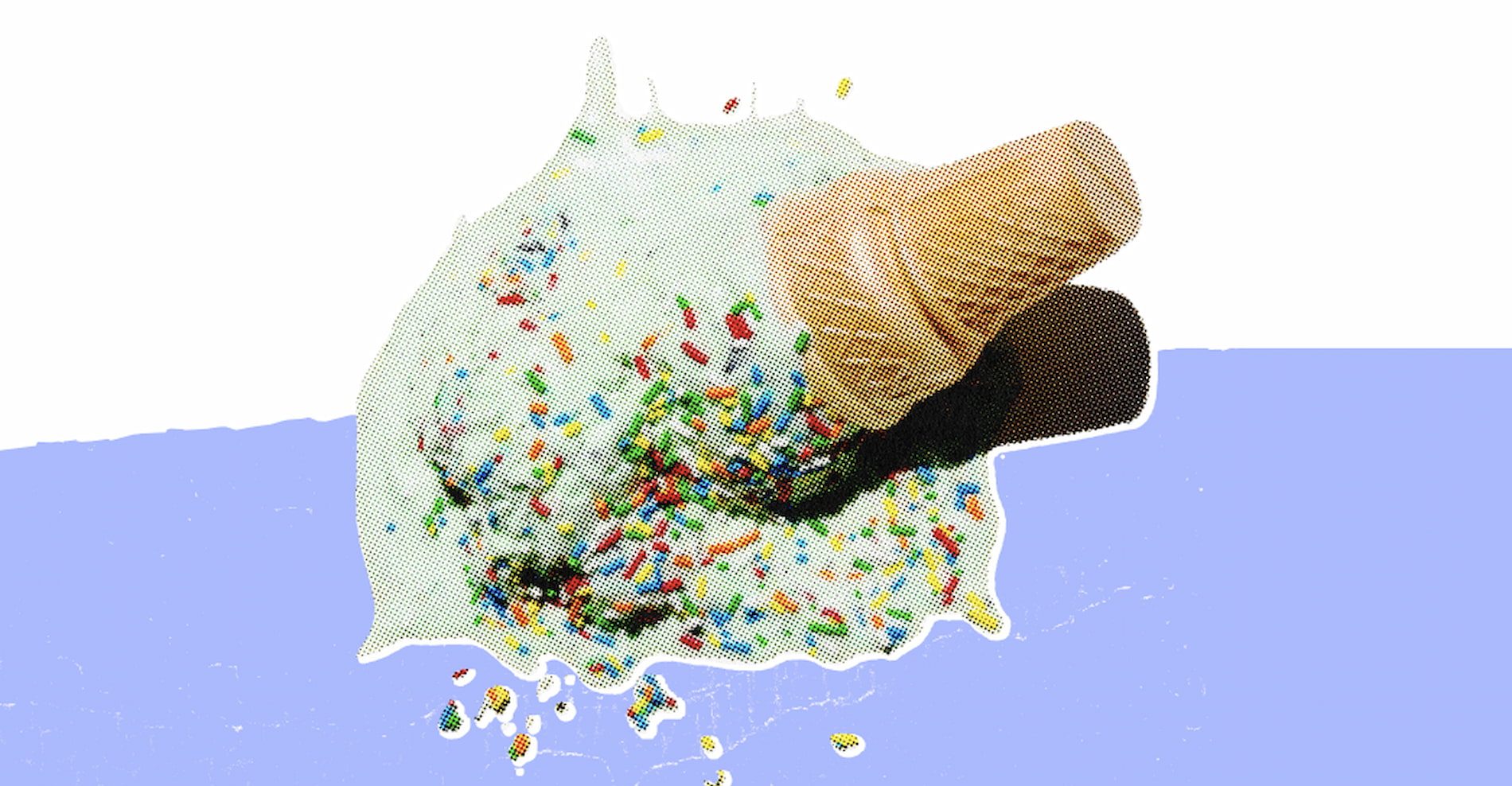 Designing a product is a journey, not a destination. And along that journey, you will inevitably make mistakes. At Twitter, failure is seen as an opportunity to begin again more intelligently. Discover some of Twitter’s fuckups and what the team learned from them.

One of the themes of Design Matters Tokyo 22 is Embrace Your Fuckups:

We’re constantly told that failure is shameful, so much that we have become afraid of failing, of losing our face, and talking about it has become almost a taboo. Often, when we fuckup, we slowly descend into a spiral of self criticism that makes us feel vulnerable. This is particularly true for designers, who have to face fierce global competition and are constantly pressured to come up with ideas and solutions.

We also see society celebrating the simplistic success stories of famous designers and entrepreneurs, but no one ever sharing their failures. Why? Perhaps because we’re taught that the responsibility for our success only lies within ourselves. That we can always do better, if only we work harder. Which makes us focus so much on external validation. But we are not Rocky Balboa. Recognising that we have failed takes courage, but it has the power to turn our lives upside down, for the better. Also, fucking up is an incredible learning opportunity, especially for designers. At Design Matters Tokyo 22 we will share ‘design fuckups’ and use them to encourage meaningful conversations about vulnerability, authenticity, and empathy.

Anita Patwardhan Butler is one of the speakers who will talk about failure and how to embrace your fuckups at Design Matters Tokyo 22, which will take place online and in person. Get your Early Bird ticket now!

We met with Anita to discuss Twitter’s approach to failure and experimentation.

At Twitter, we embrace our fuckups and our successes. You can’t push the boundaries and you can’t be bold if you are afraid to fail. Failure is not just a part of innovation, I believe it’s a critical ingredient and 100% necessary! Think about many amazing innovations started as repeated failures or fuckups. Henry Ford and the automobile, Dyson and the vacuum cleaner, Steve Jobs and the long road before landing on the iMac and iPod. They all failed numerous times (and over many years) before iterating to a winning product.

A cardinal principle that we have at Twitter: We miss 100% of the shots that we don’t take. We’re bold and set audacious goals for ourselves. We think long term, bias towards action and push ourselves to take thoughtful risks that maximize success and impact for our customers.

At Twitter, we believe failure is an opportunity to learn, reflect and begin again more intelligently. It’s a journey, not a destination, and along that journey, you will make mistakes. We embrace learning over blind success. You have to push the boundaries of what is comfortable if you truly want to innovate. You just may stop short of amazing if you don’t push hard enough to fail.

Something that went right, but failed after a year: Fleets

What happened with Fleets?

In 2020, we began testing – and ultimately introduced – a brand new product on Twitter: Fleets. The idea behind it was to allow people to share thoughts and engage in the public conversation in a lower-pressure, ephemeral way.

A few months after launch, we saw a high level of excitement and engagement, but after that initial period, we saw growth and usage of the product decline and plateau.

A deeper dive into why

We encourage teams to move fast and make tough, data-driven decisions when we notice things aren’t working. When looking more deeply into our Fleets data, one thing we discovered was that our key core metric, Fleet composer usage – where people create a Tweet, was stagnant.

In addition, the people we built Fleets for (those who didn’t feel comfortable Tweeting) were not actually using Fleets. Instead, it was being used by people who were already comfortable talking on Twitter. And even among this group, we saw usage decline and plateau. Ultimately we realized that the people we built Fleets for were not using it, so we quickly decided to shift gears and focus on higher impact work, like leaning into a win that we saw with Fleets. We shifted to focusing on building better tools for creative expression: stickers, photos, videos and more.

We don’t look at this as a failure by any means. Fleets was a big bet for us, and these bets are speculative and risky, which can also mean that they may not work. With these types of big swings, we need to know when it’s time to pivot, take what we’ve learned, and move on so that we can do even more innovative things. If we’re not evolving our approach and winding down features every once in a while – we’re not taking big enough chances.

Here’s another story of something that didn’t work and we are still figuring it out: an idea called “Heads Up.”

​​​​Ever want to know the vibe of a conversation before you join in? We wanted to test prompts that give people a heads up if the convo they are about to enter is heated or intense. This was another experiment that we launched in order to learn how to better support respectful conversation.

What happened with Heads Up?

In 2021, we began testing this feature. A few months and many iterations later, we saw some customers loved this idea (see below).

However, the majority of customers did not. And they told us so on Twitter.

We let the community know we heard their feedback, and we adjusted our approach.

We were encouraged to see that as we improved the content and design, customers felt less “coddled” and were more responsive to Heads Up. However, through customer feedback, we ultimately decided that we should focus on other ways to give authors control over the conversations on their tweets, instead of putting any sort of disclaimer on their tweets.

Seemingly minor visible changes can make a difference! Design and content matters a lot. We learned that we were able to shift customer sentiment to neutral with experience changes only, and didn’t always have to iterate on our ML.

We want to continue to iterate in this area because we believe that we’re headed in the right direction. We saw a decrease in the % of abuse reports which means that our hypothesis that a feature like this is helping to make Twitter safer. We now know a better path forward: build more controls for Tweet authors so that they have more control over their conversations.

At Twitter, we strive to create a design culture that embraces learning over success and one where every associate feels as though they are a co-founder. We are ambitious and we take calculated risks, and we work openly with our community and co-design with them. Below are the behaviors that we instill in our teams and that we want all our team members to embrace.

It’s hard when you fail. We are human and failure feels bad. I have failed many times, and when I fail, I try hard to seek out what I did wrong and what I could have done differently.  I lean into where it feels real bad so I can do better next time. Here’s a personal story of when I gave feedback to a design peer and it destroyed our friendship.

I was early in my career, and I was a Sr. Designer working at AOL / Time Warner. One day, one of my friends (who also worked on the same team) shared her designs with me for feedback. This designer was (and is) an excellent designer. In this project, she had to use photography sent to us by the brand team. The image was horrible and when I saw it in her design, I laughed and made jokes about it. The photo was a big part of the design. And I was harsh in my feedback.

She took it very personally. She thought I said her design was horrible, not the image. She got very angry at me and stopped talking to me. Our friendship was ruined, and it was never restored.

I was devastated. She was not only a colleague, she was also a designer I admired. More importantly, she was one of my best friends. I still regret my insensitivity and wish I could rewind time so I could have avoided hurting her so deeply.

I learned that being insensitive is never the solution. I have spent hours (with my coach) finessing my style in order to give feedback that is constructive and respectful, yet not too soft and not too vague. I focus on how to land my communication so that people can hear what I am saying and not be distracted by how I’m saying it. I wish I had learned this earlier in my career so I didn’t have to lose a dear friend.

Do you think embracing failure can make you become a better designer and person? If yes, how?

In life, not just in design, there is always a fine balance. The Ying and the Yang. Just like you can’t always be happy, you can’t always succeed. If you fear failure, you will not progress because you aren’t pushing yourself beyond what you know, and where you feel comfortable.. It’s a lot like working out – you need to push yourself a little bit each time to get stronger. This is not much different. Being in that slightly uncomfortable zone, that’s how you learn; it’s how you level up and advance. Both as a designer and as a person. A mentor told me “you know you are innovating when the first response to your work is a “no.”

As a team lead, how do you empower the people in your team to experiment and try out new things without being afraid of failure?

For our design team, I strive to create an environment where bold ideas can thrive. Once you can connect to your authentic place, you can be fully creative. I want my team to feel that they are working with other designers whom they trust and respect; peers who can review their work and give honest and constructive feedback. Why?

When you feel safe, you can think freely, boldly and fearlessly.

It’s easier to do that if you know you are on a team that has your back, and that will help guide you. You know that you can fail because you won’t be judged.