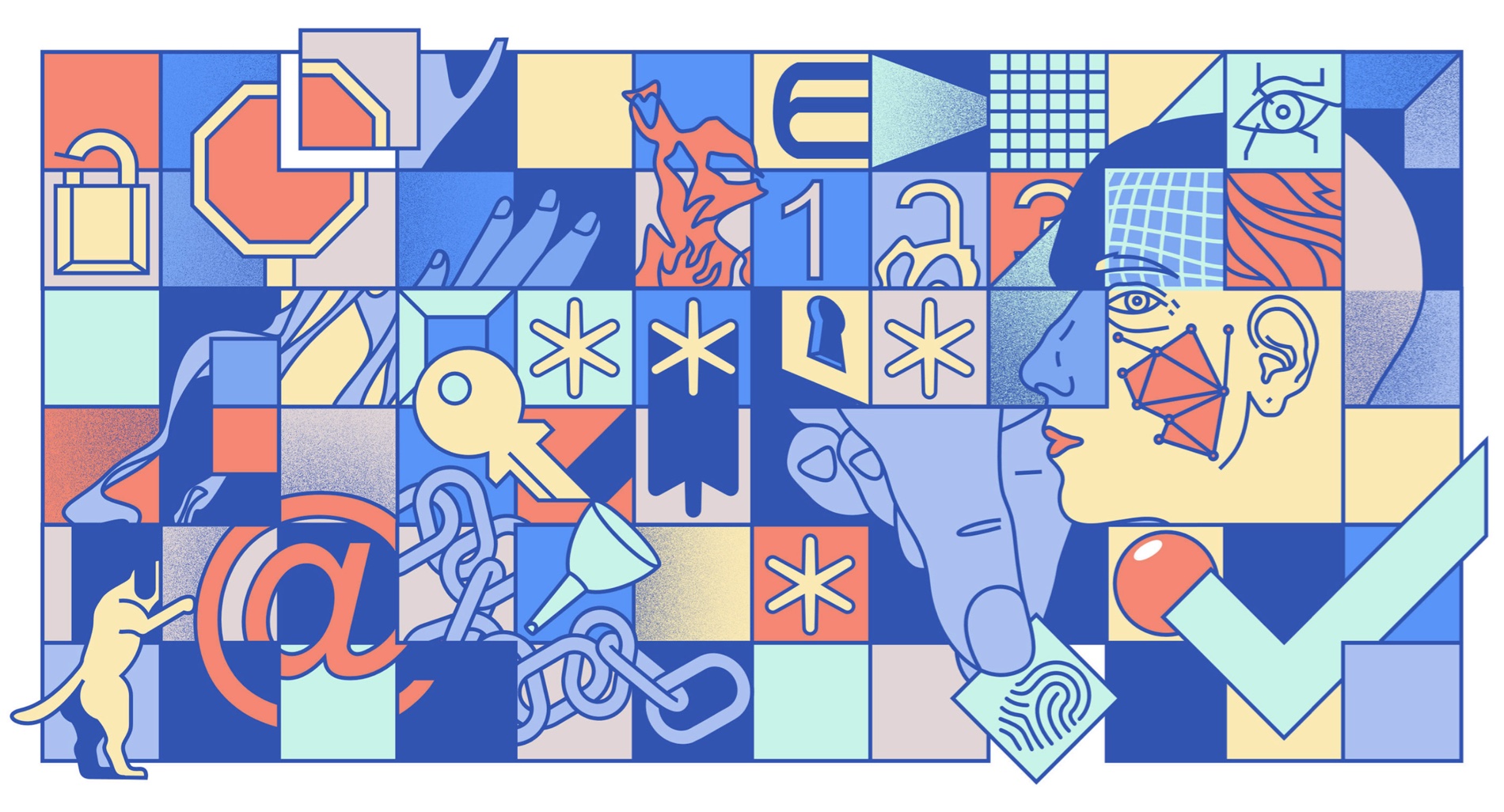 “Next-Gen Design”, one of the three themes discussed at Design Matters 20 annual conference in September on digital design, explored the motivations, mindset, and work of up-and-coming young designers

Despite establishing the three themes of Design Matters 20 well before grasping the global impact of Covid-19, the themes we chose ended up being hyper-relevant to this moment in time. In a recent article we explored the theme of Real Fake and discussed how the designers who blur the boundaries between digital and physical spaces could leverage their products for global good and increased innovation. This month we focus on Next Gen Design, and investigate how young designers are pushing the boundaries of their discipline.

The theme of ‘Next Gen Design’ in particular is interesting to explore while we physically quarantine and bring more and more of our daily activities into a digital space.

This ever-increasing digitalization may be considered commonplace to Millennials and Generation Z, those generations who experienced the Internet being introduced into their daily lives at a very young age or grew up never knowing a world without the internet. Millennials, those born between 1981 and 1996, spent their childhoods unknowingly becoming HTML-literate while coding their MySpace pages to feature the colored backgrounds they desired; stepping well outside the bounds of the web platforms that they frequented in order to fulfill their teenage desires for individuality. Later, Generation-Z would seamlessly move from elementary school to higher education with a smartphone in their pocket, becoming the forefront of internet usage and blending the digital and physical spheres more than any generation before them.

Millennials and Gen-Zers’ digital literacy goes far beyond the average designer’s ability to search, iterate, and create. What does it mean that these next-generation designers live in a world where artificial intelligence and extended reality are just another tool in a toolbox of the digital designer? How does growing up at the same time as large-scale technological innovation inform their approach to their discipline?

A world in which presidential elections can be affected by internet memes and Twitter bots, it is fairly easy to be dissuaded by the power of the digital in terms of how it can affect real-life outcomes. Despite the growing threats to privacy and truth that our digital worlds pose, one of the most important things that united our next-generation design speakers was their sense of play, and optimism for the future despite an observed generational increase in anxiety.

While studying for his Master of Arts degree at London’s Royal College of Art, Thomas Hedger was asked to think about where he fit in and what he wanted his art to say. These calls for introspection led the United Kingdom-based visual artist to describe his art as a research practice within itself — a place for him to explore the relationship between visuals and language. Drawn to the creative process of experimentation, testing, feedback, and reiteration; Hedger’s artistic style is informed by his desire to adapt and learn. Employing his Graphic Communication Design degree to play with visual imagery and the associations we create, Hedger has created World2, which he has described as “a space that prompts conversation between image and text through collaborative interaction. It intends to unbind an image’s ability to generate meaning from the artist, and to promote the importance of language and circulation beyond independent intentions.”

Formed from an illustration research practice, World2 uses the theory of three worlds: the world of the physical (World1), the world of mental processes (World2), and the world of objective knowledge (World3) to investigate how images are approached and understood beyond their initial intention. This investigation begins when visitors to World2 receive a generated card that contains both an image and text. This card is the result of a random predetermined assignment but creates a brand-new relationship between the text and image; and allows visitors to contribute their card to the gallery. Within the digital gallery you can explore these resulting narratives and contribute written connections yourself, enriching World2 visitors’ experiences with your own perspective on these previously unrelated texts and images. This platform provides a new, Covid-friendly way of interacting with strangers — instead of chance encounters at bus stops or supermarkets, you can frequent World2 and find common connections and create digital content together.

Hedger became interested in the consequences of unintended associations between visuals and text when one of his works was co-opted by the ‘free the nipple’ movement just a few years ago. Thus, the experimental designer found inspiration in creating a hands-on and exploratory practice that allows users to question who the arbiter of meaning is, and how an image can be owned by all.

Adam Lenzinger, another recent graduate present at Design Matters 20, brought an innovative outlook on how research and exploratory iteration can create engaging digital design. Fresh from his Master in Graphic Communication Design at the Royal Danish Academy of Fine Arts, Lenzinger’s thesis project was a finalist for the ‘Young Talent’ Danish Design Award 2020. The project { facetype } explores how we might be able to bridge the gap between written text and the physical emotional cues that are typically present when we communicate face-to-face.

With more and more communication occurring remotely, Lenzinger wanted to create something different from the emoji, which is layered on top of the messages we send. Rather, he wanted to integrate emotionally-sensitive design into the typeface of written messages themselves. Thus, by combining research and knowledge from the social sciences, like linguistics and anthropology, with staples of the design industry, such as creative coding and typography, { facetype } is an interactive variable font controlled by facial expressions.

Using a camera to view and respond to user’s facial expressions in real time { facetype } provides five distinct yet continuous styles that graphically represent five different facial gestures: happy, surprised, sad, angry, and neutral. By bringing a sense of playful experimentation to his work Lenzinger is able to incorporate non-verbal social cues into text which can drive empathy and increase understanding between communicators.

Another next generation designer at Design Matters 20 that talked about using play and experimentation as a central tenant in his design process was Simone Rebaudengo. The young product and interaction designer is the founding partner of oio.studio: “a creative studio made of designers, technologists, and bots working on future products and interactions.” Not always focused on creating practical products, or even real ones, Rebaudengo describes his work as focused on “exploring the implications of living and interacting with networked, smart and autonomous systems. Sometimes they are real products, sometimes they are fictional.”

Rebaudengo’s project ‘Objective Realities’ harnesses the power of play to allow users to inhabit the world of mundane household objects. In collaboration with science fiction writer Bruce Sterling, the immersive virtual reality experience puts users in the shoes of a fan, a Roomba, or an electrical plug and offers a narration of the inner thoughts of the object and their chats with their household item friends. The perspectivising project is cheeky in its application, but seriously begs the question of how we might think about our objects when we have embodied their experiences.

“You are working with something that sees the world in 512 dimensions” — Simone Rebaudago, Founding Partner, oio.studio in reference to his work with Roby the resident bot director

Working within both the fine art and commercial design worlds, Rebaudengo explores the increasingly blurring boundaries between what is real, and what is fake while creating products that sometimes hold more cultural value than practical. His playful approach to design has led him on a journey that leverages the power of artificial intelligence to create what he has called artificial artefacts. For example, by feeding Roby, oio.studio’s resident bot director, images of Finnish glass design he has been able to ‘collaborate’ with the bot to create new products that are in the same vernacular but are something he (as a human) would have never conceived. The two have continued their artificial intelligence design play by taking part in ‘generative sightseeing’, programming Roby to create a midpoint between two already existing Finnish glass products. The result is an imaginative, sometimes impractical, but fully unique piece of AI generated design.

Mitsuko Sato, the Visual Design Lead at SPACE10, a “research and design lab on a mission to create a better everyday life for people and the planet” is focused on designing for futures. With projects aimed at finding creative, inclusive, and sustainable solutions for problems like inequitable access to clean energy, the dwindling bee population, and reducing food waste — the very nature of her work begs her to be optimistic about the direction we are heading as a planet.

Using speculative design that allows her and her team to dream up big and crazy ideas to solve issues that address both the near and distant future, she plays her way through problem solving. Thus, by harnessing the experimental energy of speculative design, she and her colleagues at SPACE10 are able to fearlessly focus on realistic and far-fetched solutions to global problems. Sato’s approach uses the playful nature of speculative design as a medium for good — a democratizing force that can improve the lives of future generations.

Unafraid to harness the potential of emerging technologies, next generation designers maneuver through artificial intelligence and augmented reality with comfort and literacy that comes alongside a lifelong familiarity with digital technology. By bringing a sense of play to their work they are able to unlock new frontiers that could allow for greater personalisation and accessibility; helping to reach new audiences and integrate digital design even more to benefit the ease of everyday life. Other up-and-coming young designers are demonstrating the value of design for cultural and artistic consumption, and not merely practical application; illustrating the capacity for design to exist as a research medium in itself. Will the future of digital design revolve around play and a desire for experimentation and research, not necessarily a final product? If the next generation designers from Design Matters 20 are any indication, this spirited approach could be the way forward in securing an optimistic and hopeful future.