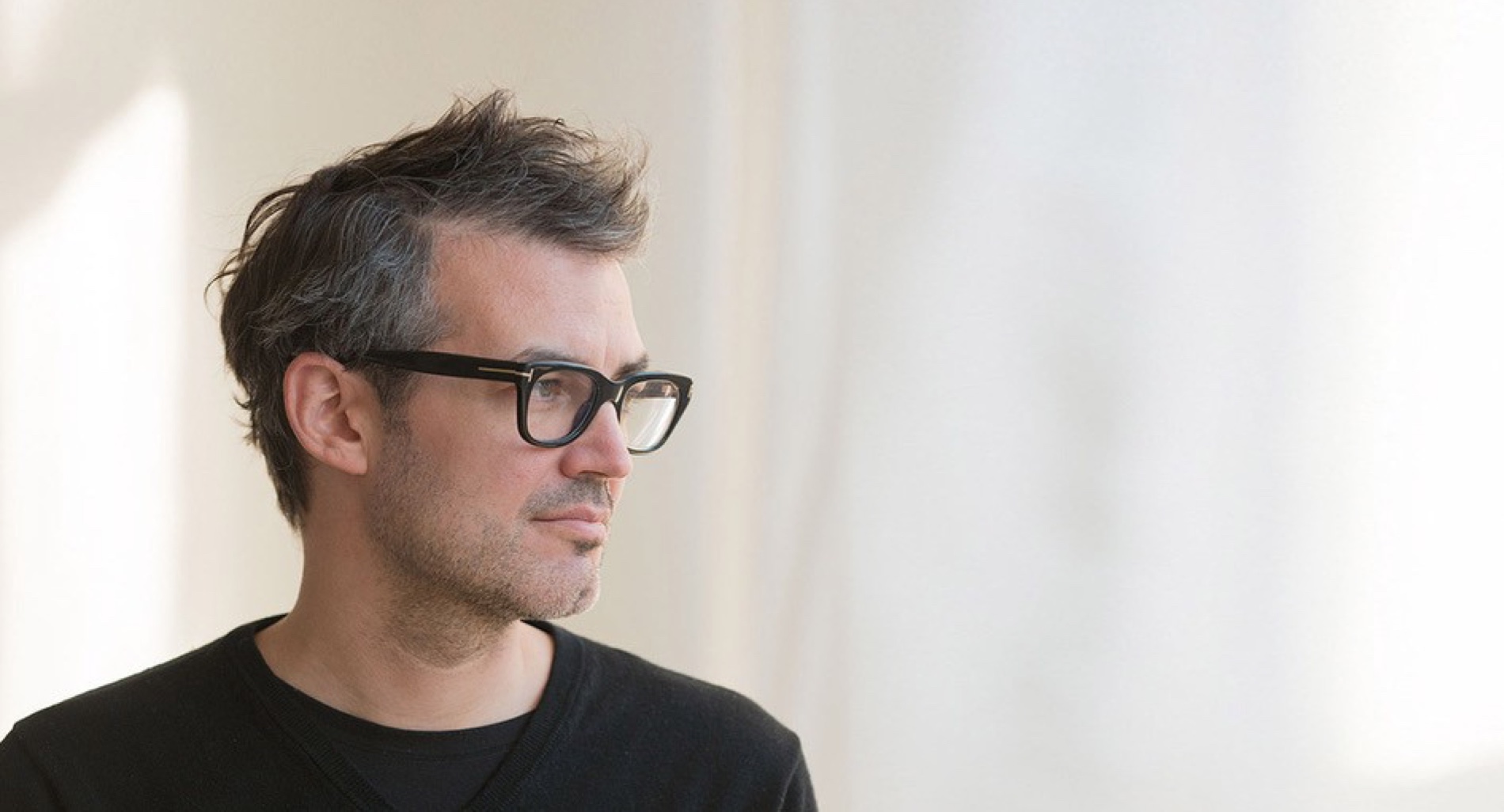 Oliver Reichenstein from iA, on the need for an ethical and philosophical approach in digital design

We met Oliver in Japan, for a discussion on the ethical problems digital users and companies are facing today. iA was founded in Tokyo in 2005 and designs information systems for international media corporations. Currently, they have studios in Tokyo, Berlin, and Zurich. Already in 2010, being ahead of time, they launched iA Writer, a minimalistic writing app that eliminates distractions to provide a peaceful, clean and focused space for writing.

What is the current situation of ethics in the digital world?

Privacy issues, invasive spying, leaked passwords, dark patterns, debunked lies, sneaky tactics uncovered, outrageous claims, the list is long. Our industry has dug itself in such a deep hole with the ad based business model of free access in return for personal data. Clearly something has to happen on the legal side and the business side. Tech corporations will not stop before they get substantially hurt financially.

It often seems like there is an expectation of a new specialist coming in that will tell these companies how to be better, and will solve their ethical dilemmas, logically, with a set of algorithmic rules, and then the corporations will be able to decide which rules to follow — or not. There is no point discussing ethics, if, in the end, all you believe in is cash and power, if everything you are motivated to do is geared towards increasing your user base and your ROI. Only when a scandal sticks, and companies get financially hurt, they start promising that they’ll get better.

What can we do to make the design more ethical?

A lot of the problems we are dealing with go back to specialisation and diffusion of responsibility; the designer doesn’t have the full picture, and neither does the User researcher, or the UX team. Design has a powerful impact, but a single employee or even department usually doesn’t have that power if they are the only ones that resist bad practice.

I think the political way to change the industry requires working on better, reasonable laws. We need competent people working closely with law makers, trying to find how to deal with a situation that evolves very quickly. The only way to change the industry from within requires a culture of awareness and resistance inside the companies. When expensive tech workers take a stand in unity, when systemically relevant employees protest and threaten to shut the machine down, then things suddenly move quickly.

What new movements or trends do you see in digital design?

Having studied philosophy, I’m happy that the lack of morality starts showing its ugly face and starts forcing the industry to rethink what it is doing. I’m just afraid that “Ethics” will be commercialized and die as just another silly trend. When Gartner claims that “ethics” is “the number 9 trend in 2019” you know what will happen.

Business consultants and bookkeepers — like Deloitte, Accenture, and McKinsey — are ready to drop in and “hit the ground running”, like they did a couple of years ago selling design. I don’t know exactly when and how but, overnight, banks, consultants and bookkeeping companies, bought a couple of agencies, and now they broadly claims they’re devs and designers. They’re in UX, IOT, VR, and blockchain and it’s all very bizarre. They have excellent people there, but they don’t have the culture. It’s still all very expensive pseudo objective pyramids and pie charts in dressed up PowerPoint presentations that claim to know the future. I have yet to meet a client that tells me “these bookkeepers deliver great design value.” Now, they will start selling ethics in the same old PowerPoint presentations with the same old pyramids and pie charts. They undermine a very healthy development.

Are there any companies that are doing exceptionally well in terms of designing ethically?

There are plenty of people like Tristan Harris (co-founder of the Center for Humane Technology), that fight against abuse. Apple is often cited saying that they believe that privacy is a human right. The UN says that as well, it cites privacy as one of the basic human rights. It’s ridiculous that we discuss whether or not it’s one. You could argue that Apple is using this to sell more iPhones. Be it as it may, I think it’s a big statement from a CEO, from a company as big as at Apple, to say “privacy is a human right”. Whether or not he has second intentions, whether or not it helps selling iPhones, it’s an example that comes to mind quickly.

Do you think a more ethical way of designing is also expressed in the UI?

Apple has been founded on the idea that computers should serve humans, and not the other way around. It has been in their very early mission statement, and it’s not in there anymore. But certainly, they’ve always taken the approach of trying to protect humans from the abuse that could happen through technology. At the same time they were the ones who made smartphones so popular, and they’re trying everything to tie us to their products.

People try to see the world in a dual way, but it’s not black and white. There are always many factors at play. It’s rarely just that. So you have to applaud a tech company that states privacy is a human right, you have to, these days. I think it’s a positive development, especially coming from such a big company as Apple.

So is it more about changing the structure of the business or the UI in relation to users?

UI is what is in between users and the company. Everything in between is part of the UI, what you do and how it reacts is the UI. In Apple’s case you can point inside the UI where they’re doing things right and where they aren’t. There is a whole section, inside the iOS settings where you can see your usage of your iPhone. It’s a great addition. Every time I look at my settings and I have 4, 6 or 7 hours on my phone, it reminds me that I’m being stupid with my exaggerated phone usage. And the very makers of the device have kind of an interest in the short and mid-term to make me use my device as much as possible.

As a designer, how do you address the challenges related to abuse or excessive usage?

Well, we try to slow down people that write. We try to not make them use too many diverging features when they write. We believe that making people more concentrated, more focused, on expressing themselves is ultimately a good thing.

You cannot assure that what you provide is not being abused. I still believe that, if in your design, you try to slow things down and make people more mindful about what they do, in general, you probably have a better impact than when you try to speed things up. Generally, bad things happen because people are sloppy, they don’t care, they just think about themselves. They have deadlines, they have their responsibilities that are too far away because someone else is in between themselves and whom they “hurt”.

When we design, we shape not just people’s visual perceptions and people’s thoughts about what they are observing, but also how they interact with it. That’s the essence of design. We shape people’s actions! So, there is an eminent ethical dimension to design.

How does the connection between design and ethics affect the role of the designer?

When we design something, we shape action, ultimately. The issue is that designers don’t have the time and the resources, the training to deal with that dimension of thinking, as philosophers do. Philosophers don’t have the training and the handicraft to shape their thoughts in a way that other people understand them. Ironically, this is something that designers are good at. If there were a way to connect philosophy and design better, I think both would profit.

Design is now very extreme, it’s not rational anymore. Few people can follow the highest height of typography. If I describe how line height, and weight, and spacing change depending on how high the column is, this would sound like metaphysics to an outsider, and indeed, it’s not absolutely logical anymore. And at the same time, people who study philosophy could retreat in their special vocabulary and become completely incomprehensible, messing up all the work they put into shaping their thoughts.

Philosophers and designers need to learn, not only to work together, but also to learn from each other. If philosophers learn to design and designers learn to think, I’m pretty sure this would have a positive impact in both fields, it’s a very weak, but very powerful connection.

How can designers get closer to the philosophers’ way of thinking?

I contradict myself now, but studying ethics opens a good door. Start with Wikipedia, and if you find it interesting, dig deeper. But philosophy is something that you only understand if you study the matter yourself. You’ll realize that it’s not information you get out of it. Just like bouldering, it’s not about getting up there. When you read Wittgenstein or Hegel or Kant, you do it to learn how they think, how they see things, and their unique perspectives becomes part of your mindset. If designers come to study philosophical ethics, that peculiar philosophical mindset will become their own and part of what they do.

And to soften the contradiction I walked myself into, I still believe that it’s not up to just philosophers and designers to save the world. I’d like business managers to have a look first. Usually, the problem designers are fighting with have to do with timelines, budgets and business goals.

There’s not much money to be made in design. I know a lot of designers that got into design just because they like beautiful things. And beauty is one path to follow if you don’t want to cause evil. There is a connection between good and beautiful. Theoretically, that this brings to Plato’s ethics, which strongly believes that beauty, justice and goodness are not just connected, but are one.

I think designers have an affinity to see beauty, to see beauty in goodness, beauty in justice. We’re no saints, but we pride ourselves to have taste and maybe we avoid ugliness a bit more than others.